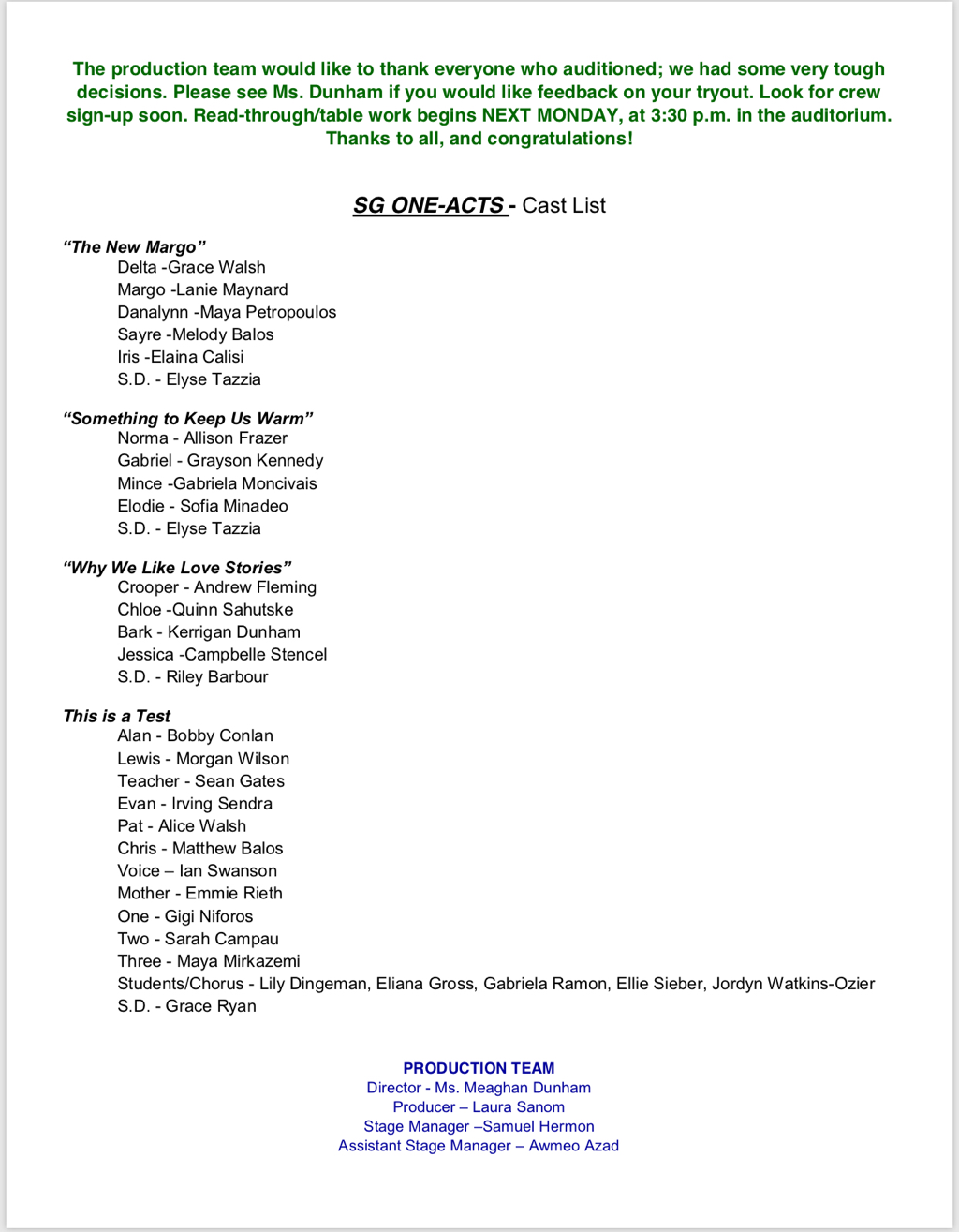 ​For this year's fall play we will be working with an artist in residency to rework an older script and workshop a few new ones. Stephen's info. follows. Read the scripts to prepare for this unprecedented opportunity!
​
Stephen Gregg grew up in Albuquerque, N.M. His play This Is a Test helped define a genre of large-cast one-act plays when it appeared in 1988. Since then, he’s published 20 plays for secondary schools to perform, including Small Actors, One Lane Bridge, The New Margo, S.P.A.R., Twitch, Wake-Up Call, Sex Lives of Superheroes and Why Do We Laugh?. He’s been the recipient of a Jerome Fellowship from the Playwrights’ Center of Minneapolis; the Actors Theatre of Louisville’s Heideman Award for best 10-minute play (A Private Moment) and the International Thespian Society’s Founders’ Award for service to youth and theatre. Crush was developed during a residency at the William Inge Center for the Arts. Gregg teaches himself to write plays one tweet at a time. He lives with his husband, Todd, in Venice Beach, Calif.